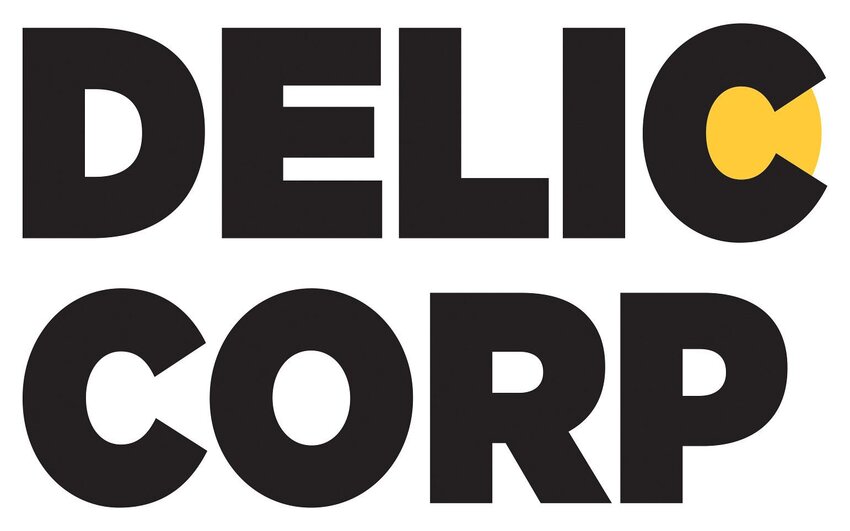 VANCOUVER, BC, March 4, 2021 /AxisWire/ – Delic Holdings Inc. (“DELIC” or the “Company“) (CSE: DELC) (OTCQB: DELCF), a psychedelic wellness-focused company, is pleased to announce the acquisition of Homestead brand and intellectual property. Homestead is a legacy counterculture distributor of psychedelic media and creator of one of the first self-contained mushroom grow kits.

Matt Stang, Founder and CEO of DELIC commented, “The acquisition of Homestead is an exciting one for us at DELIC. It shows how we are increasing accessibility to this nascent industry within regulated jurisdictions. Homestead not only sold tens of thousands of mushroom kits globally but also was one of the earliest distributors for High Times and many other counter culture publications. We look forward to growing together and increasing shareholder value with what we accomplish.”

The Homestead acquisition will allow DELIC to increase its product offering on its website Reality Sandwich (realitysandwich.com), which most recently hit record average monthly traffic of over 200,000 unique visitors, and over 2.6 million active readers in 2020. Through Homestead’s extensive intellectual property and heritage brand, Delic anticipates to revive the at home EZ Grow experience targeted at the Reality Sandwich consumer. Including the EZ Grow product suite, DELIC intends to increase e-commerce sales and activity by offering other high demand products to our online viewers and consumers.

Product launch is expected this March, and the new mushroom kit will have a modern interpretation of the company’s history and will include everything a consumer needs to be an at home mycologist – pre-sterilized and as easy as mixing the core ingredients provided. In addition to the mushroom kit, consumers will also be able to purchase other complementary products to the kit to enhance their experiences and to become better mycologists. Delic aims to be a leader in the at home cultivation movement.

Recently, DELIC announced execution of a definitive share purchase agreement to acquire Complex Biotech Discovery Ventures and a binding letter agreement to acquire Ketamine Infusion Clinics. The addition of Homestead further showcases to our stakeholders the unique ability DELIC has to be able to acquire strong brick and mortar and online businesses in the psychedelic sector as well as bring continued value to the Company’s investors.

In consideration for acquisition of the Homestead assets, DELIC issued subordinate voting shares having an aggregate value of $50,000 and 50,000 incentive stock options were granted to David Tatelman, the founder of the Homestead brands, with an exercise price of $0.58, exercisable for a period of 3 years in accordance with the terms of the Company’s Incentive Stock Option plan. It is anticipated that David Tatelman will act as a consultant to the Company going forward.

The Homestead Book Company was founded in 1972 by David Tatelman in Seattle and bills itself as the “World’s Oldest Counter-Cultural Book Distributor.” They were one of the original distributors of High Times Magazine, and distribute thousands of titles to stores throughout the USA and Canada. Homestead specializes in books on growing marijuana, a business that has grown exponentially over the years, as well as many of the marijuana magazines that have proliferated.

In 1974 Homestead published its first book, The Magical Mushroom Handbook. Tatelman had seen the popularity of marijuana growing books and realized there was a demand for a book on identifying psilocybin mushrooms. “We couldn’t have people getting poisoned by mushrooms because they couldn’t identify the magic mushrooms they were looking for” Tatelman said, “So we found an author and published our own.”

In 1975 Tatelman attended the First Teonanacatl Mushroom Conference in Washington State. There he met many of the most prominent people in the mushroom knowledge business, including Paul Stamets and Bob Harris, who had recently written a book on Growing Wild Mushrooms.  Harris and Tatelman became close and decided to put out the first mushroom grow kit. Later Homestead also published Harris’ book and Paul Stamets’ first book Psilocybe Mushrooms and Their Allies.

About DELIC DELIC Always Expanding. In All Ways.

DELIC was formed in 2019 to address the growing interest in psychedelic wellness backed by science. DELIC was the ‎first psychedelic umbrella platform and is currently a trusted source for those interested in ‎psychedelic culture, psychedelic clinics, and more. ‎DELIC’s offerings include, Ketamine Infusion Center (under binding acquisition agreement), a limited liability corporation formed under the laws of Arizona and runs two ketamine clinics in Arizona and California, “Reality Sandwich”, a free public education platform providing psychedelic guides, news and ‎culture, “Meet Delic”, the first ever psychedelic wellness summit, and “The Delic”, an e-commerce lifestyle brand. ‎For more information, check out www.deliccorp.com.

The Canadian Securities Exchange ‎has neither approved nor disapproved the contents of this news release and does not accept responsibility ‎for the adequacy or accuracy of this release.‎

This press release contains certain “forward-looking information” within the meaning of applicable ‎Canadian securities ‎legislation and may also contain statements that may constitute “forward-looking ‎statements” within the meaning of ‎the safe harbor provisions of the United States Private Securities ‎Litigation Reform Act of 1995. Such forward-looking ‎information and forward-looking statements are not ‎representative of historical facts or information or current ‎condition, but instead represent only the ‎Company’s beliefs regarding future events, plans or objectives, many of ‎which, by their nature, are ‎inherently uncertain and outside of DELIC’s control. Generally, such forward-looking ‎information or ‎forward-looking statements can be identified by the use of forward-looking terminology such as ‎‎”plans”, ‎‎”expects” or “does not expect”, “is expected”, “budget”, “scheduled”, “estimates”, “forecasts”, “intends”, ‎‎‎”anticipates” or “does not anticipate”, or “believes”, or variations of such words and phrases or may ‎contain ‎statements that certain actions, events or results “may”, “could”, “would”, “might” or “will be ‎taken”, “will continue”, ‎‎”will occur” or “will be achieved”. The forward-looking information and forward-‎looking statements contained herein ‎may include, but are not limited to, information concerning listing on the Canadian Securities Exchange, anticipated continued growth in the health and wellness sector (and, in particular, related to psychedelics), the continued emergence of psychedelics from stigmas, the ability of the Company to maintain sensible messaging, the ability of the Company to avoid dogmatic practices and binary rhetoric‎, the ability of DELIC to successfully achieve business ‎objectives, ‎and expectations ‎for other economic, ‎business, and/or competitive factors.‎

By identifying such information and statements in this manner, DELIC is alerting the reader that ‎such ‎information and statements are subject to known and unknown risks, uncertainties and other factors ‎that may cause ‎the actual results, level of activity, performance or achievements of DELIC to be ‎materially different from those ‎expressed or implied by such information and statements. In addition, in ‎connection with the forward-looking ‎information and forward-looking statements contained in this press ‎release, DELIC has made certain ‎assumptions. Among the key factors that could cause actual ‎results to differ materially from those projected in the ‎forward-looking information and statements are the ‎following: the ability to consummate certain proposed transaction; ‎the ability to ‎obtain requisite regulatory and securityholder approvals and the satisfaction of ‎other conditions to the ‎consummation of the proposed transactions on the proposed terms and schedule; the potential impact of the announcement or consummation of the transaction on ‎relationships, ‎including with regulatory bodies, employees, suppliers, customers and competitors; ‎changes in general economic, ‎business and political conditions, including changes in the financial ‎markets; changes in applicable laws; compliance ‎with extensive government regulation; and the diversion ‎of management time on the transactions.‎

Should one or more of these risks, uncertainties or other factors materialize, or should assumptions ‎underlying the ‎forward-looking information or statements prove incorrect, actual results may vary ‎materially from those described ‎herein as intended, planned, anticipated, believed, estimated or ‎expected.‎