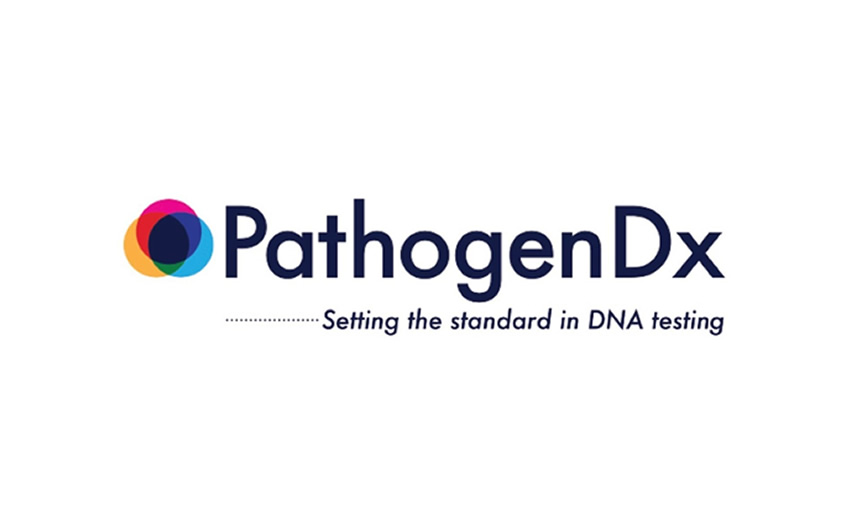 SCOTTSDALE, Ariz. – Nov. 18, 2019 /AxisWire/ – PathogenDx, Inc., the Arizona based technology company which provides a Multiplex DNA-based pathogen testing platform, released results on a study conducted by a third-party on its behalf that analyzed the effectiveness and accuracy of various microbial testing methods for cannabis. The independent study found that end-point PCR technologies, such as Sequencing and DNA microarray, are more accurate in determining the presence of pathogens in cannabis.

Testing for pathogens is crucial in ensuring the safety of a state’s cannabis supply chain. Like any crop, pathogens such as Salmonella and Escherichia coli can infect cannabis plants and pose a threat to consumers. In rare cases, medical marijuana patients who smoked cannabis infected with Aspergillus had fatal reactions. While several states mandate that cannabis undergo testing for pathogenic Aspergillus species, the study found that not all testing methods are sensitive enough to detect these dangerous organisms, only one cell of which can prove deadly.

An increasing cross-section of immunocompromised consumers and patients have come to rely on cannabis for treatment and relief. With a reduced ability to fight infections and diseases caused by conditions such as AIDS, cancer, diabetes, malnutrition and certain genetic disorders, they are highly susceptible to illness and death from these types of pathogens.

“It’s critical to ensure that what consumers and patients take into their bodies is absolutely 100% contaminant free,” said Milan Patel, Co-Founder and CEO of PathogenDx. “With over 2,000 people being hospitalized and close to 40 deaths, the vape crisis has taught us an important lesson: People are going to consume. The industry needs to find ways to provide safe products no matter what category of cannabis they choose.”

Not all testing methods are created equal. Conventional plate-based methods such as Petri-Dish have been around for a century and DNA methods such a Real-time PCR (qPCR) are common methods. Yet, results show these tests simply do not have the technical horsepower to detect certain pathogenic species to the levels that are required to protect human health.

“There is a new generation of technologies that are now commercially available that the industry needs to adopt, which can better detect harmful organisms at a fraction of the time and cost,” said Patel. “Labs that refuse to update their methods not only open themselves up to lawsuits, they threaten to stain the entire industry by damaging consumer trust.”

Samples of the same 18 cannabis flowers were given to labs and tested on three platforms – plate culturing, qPCR and DNA microarray testing. Results were verified through next generation sequencing as well as Sanger sequencing. The study revealed plate culturing and qPCR to have very poor to no capability in identifying Aspergillus species in the samples. The sequencing method confirmed that the DNA microarray test was the most accurate method and provided results that complied with state testing regulations for Aspergillus by accurately detecting the fungal species in the samples.

In addition, the third-party assessment revealed a lack of sensitivity (the ability to detect the organism in the sample) as well as specificity (to identify the exact organism in the sample) with plating and qPCR that failed to meet state standards. The broader and more concerning issue is samples tested with these methods could pass products containing Aspergillus through the supply chain and to the end consumer.

Technologies such as sequencing and DNA microarrays can test for dozens of different pathogens multiple times simultaneously, whereas plate and qPCR methods test for a single or limited number of microbials. This means the result is definitively confirmed due to the microarray technology’s capability to test in triplicate for each organism. This is where the technology is different and better, and also saves on costs, streamlines the entire testing process and reduces any opportunity for operator error.

In addition to being more accurate, DNA microarray testing is also faster. Plate methods require microbials to be cultured before being tested, which takes a minimum of 24 hours and often closer to a week for slower-growing organisms, such as many fungi including Aspergillus spp. In contrast, DNA microarray testing yields results in six hours, and reduces harm to lab technicians by not subjecting them to large amounts of live cultures.

“When it comes to protecting the supply chain, quality and accuracy cannot be compromised,” said Patel. “This is one of the few instances where it is really a matter of life and death. In order to safeguard the legitimacy of the industry, cannabis stakeholders should demand labs use rigorous testing methods that pinpoint pathogens and protect consumers.”

For a copy of the full report and testing results, please email: info@pathogendx.com.

About PathogenDxHeadquartered in Scottsdale, Arizona, PathogenDx’s mission is to become the new standard in DNA-based testing through widespread adoption of its advanced microarray testing platform for the cannabis, hemp, agriculture, food and beverage industries. PathogenDx’s technology can rapidly identify and detect up to 50 pathogens all in a single test, in 6 hours providing triplicate data per analyte for certainty in results with a simple and easy process. The company’s DNA-testing products – DetectX™, QuantX™, and EnviroX™– are disrupting the century-old practice of petri-dish testing to identify, detect and quantify pathogens like E. Coli, Salmonella and Aspergillus. This technology will help growing businesses deliver safer products and healthier lives, while preventing millions of dollars in losses from contaminated or spoiled crops. For more information on how you can utilize this simple, powerful and inexpensive DNA-based pathogen testing, visit www.pathogendx.com.