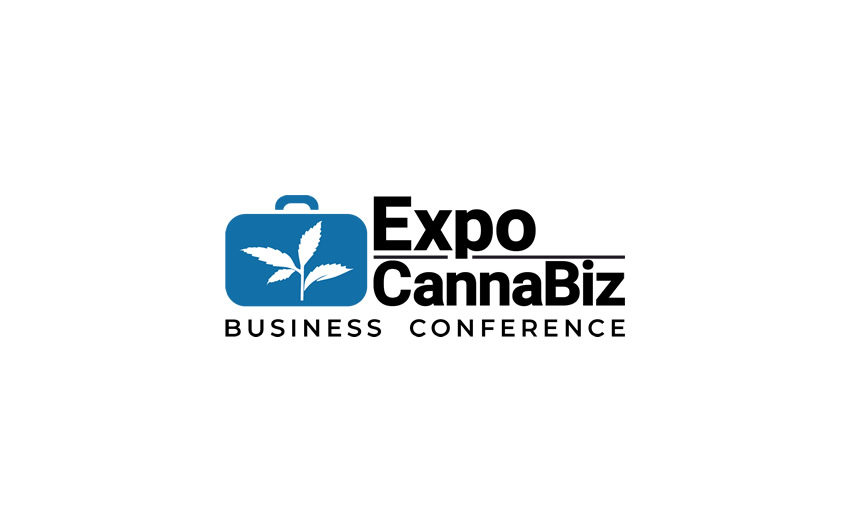 Cartagena, CO – April 26, 2019 /AxisWire/ ExpoCannaBiz is pleased to announce the addition of Jim Belushi as a speaker on this year’s agenda! He joins two other prominent speakers, Vincente Fox and Steve DeAngelo, on the scheduled line up. The three-day event, held in the beautiful Caribbean port city of Cartagena, Colombia, has two key components: the one-day Cannabis Investing Forum scheduled on May 9th that will be located at the Hotel Estela Cartagena followed by the two-day ExpoCannaBiz Business Conference on May 10th – 11th taking place at the Cartagena Convention Center.

ExpoCannaBiz Business Conference Founder Julian Tobar announced the addition of actor, musician, and cannabis advocate, Jim Belushi, to its diverse slate of guests this week. Belushi is scheduled to participate on May 9th at the Cannabis Investing Forum in a fireside chat with Michael Miller (Cannabis Editor, LAWeekly,). Belushi will be hosting an investor yacht dinner party on the evening of May 8th and will share more of his story with Michael Miller and perform live with a local Cartagena band. Belushi is well-known for his entertainment career as well as his active involvement in the Pacific Northwest cannabis industry with his company, Belushi’s Farm, a cultivation business producing high-quality cannabis for the Oregon market.

A true entertainer, Belushi’s high-profile career includes film roles in “Mr. Destiny,” “Little Shop of Horrors,” “Jumpin’ Jack Flash,” “The Principal,” and “K-9”; television roles “Mighty Ducks,” “According to Jim” and stints on “Saturday Night Live;” and voice roles in “Once Upon a Christmas Village,” “Legends of Oz: Dorothy’s Return,” and “The Pebble and the Penguin.” Beyond acting, Jim plays music with The Sacred Hearts Band, as well as performances with The Blues Brothers, an R&B band co-founded by his late brother John Belushi (with Dan Aykroyd) in 1978.

Blending his entertainment and cannabis worlds, Belushi’s Farms is Jim’s successful cannabis company located in the Oregon’s Rogue Valley. Its mission is to share the healing gift of cannabis. Belushi is also developing a reality television show and film projects that weave his family’s personal history with cannabis. During his trip to Colombia, Belushi will travel with James Orr, the noted director and writer of “Mr. Destiny” to research, location scout, film and meet with the local cannabis farmers.

Other notable speakers Jim is joining on the ExpCannabiz 2019 schedule are Vincente Fox and Steve DeAngelo. Fox, the former president of Mexico and former president of Coca-Cola Mexico, is now a drug-legalization activist in Latin America with an eye toward supplying cannabis products to emerging markets in Latin America. He is a board member and advisor to Khiron Life Sciences Corp., which is poised for extensive sales throughout Latin America this year. DeAngelo is a well-known cannabis industry pioneer; co-founder and chairman emeritus of Harborside, a leading dispensary in California; and co-founder and president of Arcview Group. This speaker trio brings together the brightest minds in cannabis politics, business and entertainment who are heavily invested in the legal cannabis industry. 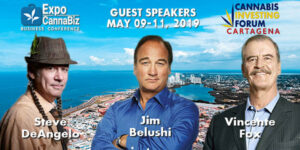