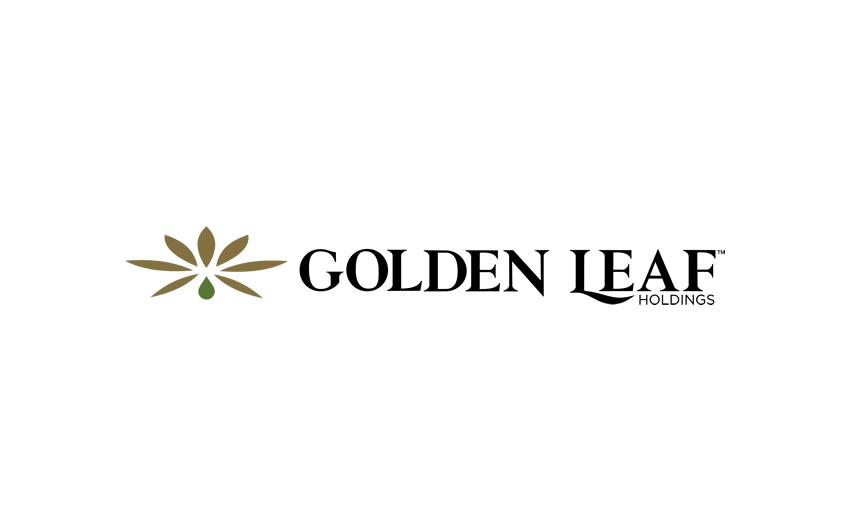 Mr. William Simpson, Chief Executive Officer of Golden Leaf Holdings, commented on the year’s achievements, “In 2017, Golden Leaf’s management team and strategy underwent significant changes. In the first half of 2017, the Company embarked on a multi-acquisition strategy to diversify beyond its wholesale-focused footprint in the Portland, Oregon market. In particular, we acquired Chalice Farms to expand our retail exposure in Portland, the MMC and MMG companies to provide entry into Canada and purchased cultivation, extraction and sales licenses in Nevada.

“Over the second half of the year, we accomplished a great deal, completing and integrating these acquisitions, identifying and implementing cost reductions across the business, hiring key personnel to help stabilize operations and position the Company to advance on key strategic initiatives. While I am proud of our collective efforts to lay the groundwork for future growth, we also faced several headwinds, including  changes to city codes in Portland that delayed the receipt of our Portland processing license, from which we anticipate deriving higher margins on internally produced oils, and, most noticeably, severe capital constraints. As a result of the bought deal completed in January of 2018, as well as the extensive progress we have made securing cannabis licensing in our core – target markets, we believe we are now positioned to achieve meaningful and sustainable growth.”

“Golden Leaf is now focused on building our infrastructure responsibly and investing both organically and through accretive acquisitions to capitalize on the opportunities ahead of us. We are pleased to be moving forward on several major fronts, including expanding the Chalice Farms retail footprint in Oregon, introducing our new franchise model in Canada and the U.S., becoming a commercial entity in Canada, and most recently, announcing  our planned entry into California, the U.S.’s largest cannabis market. Furthermore, we expect expanded production potential capacity to enable us to roll out new wholesale products in all of these core markets. We remain confident in the opportunities that lie before us and in our ability to execute on our growth strategy.”

As a result of the successful acquisition and integration of the Chalice Farms dispensary chain, together with the opening of a new Chalice Farms-branded dispensary in December 2017, the Company now has six retail dispensaries in operation, with an additional location in Happy Valley, Oregon, that Golden Leaf expects to open in the second quarter of 2018. The Company launched its new Fruit Chews edible line in March, 2018 and plans to ramp up production in Oregon throughout the remainder of 2018.

For the year ended December 31, 2017 (“FY 2017”), net revenue was $11.5 million USD as compared to $7.7 million USD for the same twelve-month period in 2016 (“FY 2016”). The 50% year-over-year increase largely reflects the contribution from product sales as a result of the acquisition of Chalice Farms in July 2017, more than offsetting supply constraints of key products across the portfolio.

Gross profit was $1.7 million USD, or 15% of net revenue, for FY 2017, compared with 1% of net revenue in FY 2016. Year-over year, gross margin benefitted from better utilization of production staff, consistent margins across product categories and the sale of retail products sold at acquired dispensaries.

Operating expenses were at $11.7 million USD for FY 2017, compared with $11.5 million in FY 2016. The Company identified opportunities to streamline the business and reduce its corporate overhead, which is expected to positively impact future payroll expense.

The dial-in information for the conference call is as follows:

A live audio webcast will be available online on the Company’s website at www.goldenleafholdings.com, where it will be archived for one year.

To be added to the Golden Leaf email distribution list, please email GLH@kcsa.com with “Golden Leaf” in the subject line.

Golden Leaf Holdings Ltd., a Canadian company with operations in Portland, Oregon, is one of the largest cannabis oil and solution providers in North America, and a leading cannabis products company built around recognized brands. Golden Leaf Holdings cultivates, extracts and manufactures and distributes its products through its branded Chalice Farm retail dispensaries, as well as through third party dispensaries. Golden Leaf leverages a strong management team with cannabis and food industry experience to complement its expertise in extracting, refining and selling cannabis oil.  Visit http://goldenleafholdings.com/ to learn more.

Disclaimer: This press release contains “forward-looking information” within the meaning of applicable securities legislation. Forward-looking information includes, but is not limited to, statements with respect to the Company’s future business operation, expectations of gross sales, the opinions or beliefs of management and future business goals.  Statements regarding the impact of expanded production capacity, the completion of the Company’s processing/cultivation facility by the middle of 2018, the expected opening of a dispensary in Happy Valley, Oregon in the second quarter of 2018, plans to ramp up production throughout the remainder of 2018, rolling out new product lines in Nevada in 2018, opening a dispensary in Nevada, a first harvest at MMG in May 2018 and receipt of sales  licence by MMG in June 2018 are all forward looking information, subject to the risks noted herein. Generally, forward looking information can be identified by the use of forward-looking terminology such as “plans”, “expects” or “does not expect”, “is expected”, “budget”, “scheduled”, “estimates”, “forecasts”, “intends”, “anticipates” or “does not anticipate”, or “believes”, or variations of such words and phrases or state that certain actions, events or results “may”, “could”, “would”, “might” or “will be taken”, “occur” or “be achieved”. Forward-looking information is subject to known and unknown risks, uncertainties and other factors that may cause the actual results, level of activity, performance or achievements of the Company to be materially different from those expressed or implied by such forward-looking information, including but not limited to general business, economic and competitive uncertainties, regulatory risks including risks related to the expected timing of the Company’s participation in the Adult Use market, market risks, risks inherent in manufacturing operations and other risks of the cannabis industry. Although the Company has attempted to identify important factors that could cause actual results to differ materially from those contained in forward-looking information, there may be other factors that cause results not to be as anticipated, estimated or intended. There can be no assurance that such information will prove to be accurate, as actual results and future events could differ materially from those anticipated in such statements. Accordingly, readers should not place undue reliance on forward looking information. Forward-looking information is provided herein for the purpose of presenting information about management’s current expectations relating to the future and readers are cautioned that such information may not be appropriate for other purpose. The Company does not undertake to update any forward-looking information, except in accordance with applicable securities laws. This Release does not constitute an offer of securities for sale in the United States, and such securities may not be offered or sold in the United States absent registration or an exemption from registration or an exemption from registration.